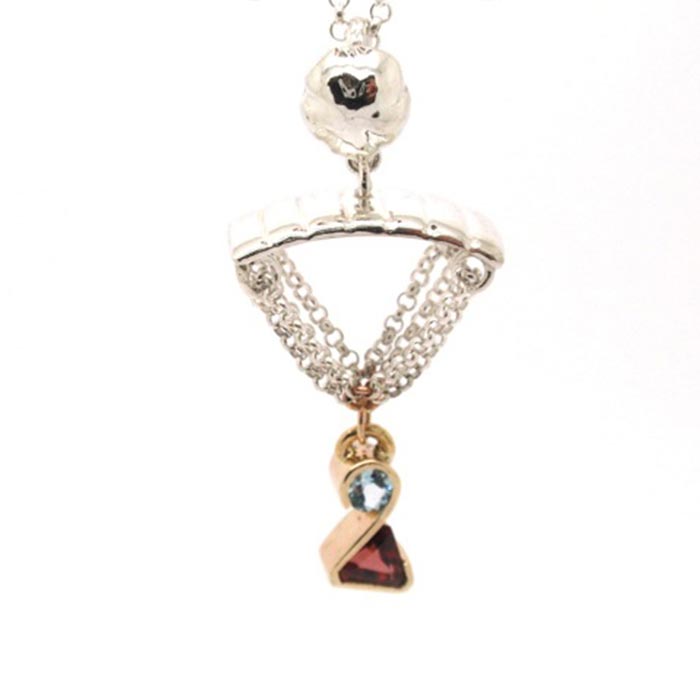 Every year Paul comes up with great concepts for his wedding anniversary gift.

Yr 1. A Pandora style charm/pendant that had the number one on it, and when turned upside down it is a J. The opposite side had a single diamond.

Yr 2. Parachuting was the theme, as this is a common activity they excel in together. A parachuting number two that encased their birthstones was created to celebrate this year.

Yr 3. The concept was to turn a parachute PIN into a bracelet. Their skydiving club logo formed part of the inspiration. Its ballet slipper ends proved a perfect place to add some bling! It includes a tyre doughnut to represent a past holiday. Sapphires, as that is Jackie’s stone and diamonds because they are a girl’s best friend!

Not to be outdone by Paul, Jackie commissioned me to make Paul a bear paw print pendant. it has a hidden heart in the middle as an added touch. 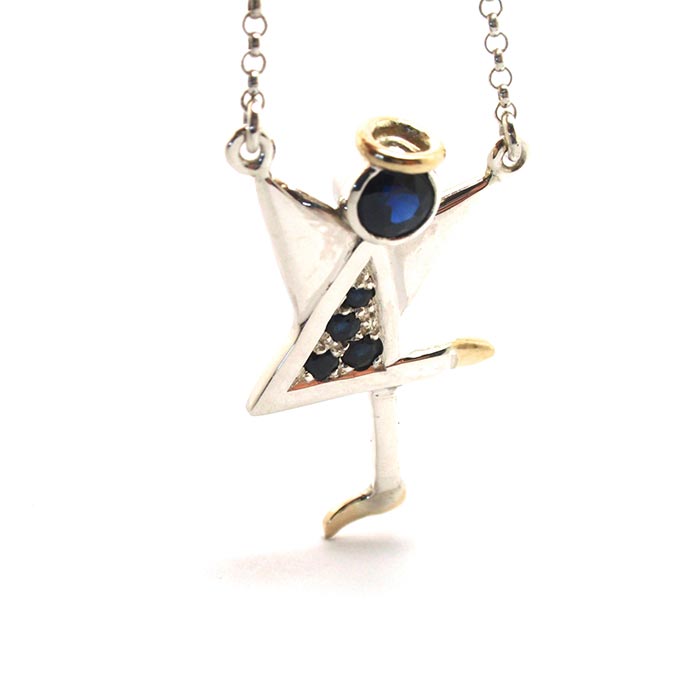 Yr 4. Happy hanging angel. Using sapphires for the head and body. The gold ballet feet were also included, which has been a regular theme throughout the years.

Yr 5. This was one of the most creative. Bringing a lot of symbolism and combining elements form the previous four years. It turned out AMAZING once again.

Yr 6. My confused year! I remembered that Paul asked for earrings til I delivered the pendant! Yes the heart and triangle with their 6 edges in blue and white diamonds, was on point – just not that size and missing its mate. So the creations of the earrings were made on time, and the pendant is a reminder to myself to write things down. But what a set they make!

Yr 7. The idea number seven was 7 gemstones and colour. It had to be delivered early as it was just before their year of travel, and Paul doesn’t miss a year! The sapphires were a perfect match with an opening top section that had two 7 in rose gold on either side. 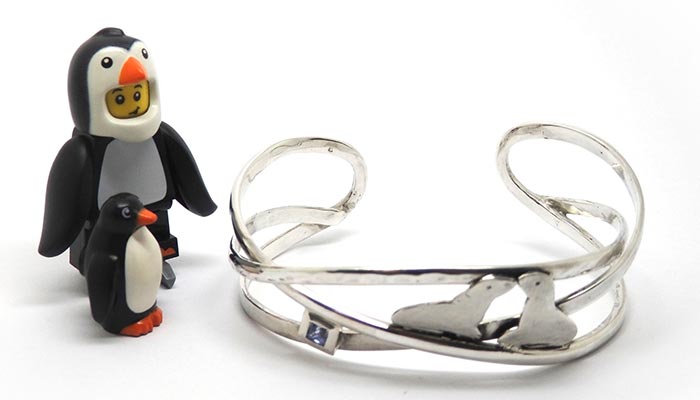 Yr 8. As Paul and Jackie had spent the last year travelling there was an endless amount of ideas. The idea for the cuff was their stop in the Galapagos Islands and seeing the seal lions. The cuff is the number eight twisted in an infinity inspired shape. The flat bar represents the equator. The sapphire to remind of the water and the blue footed Booby. 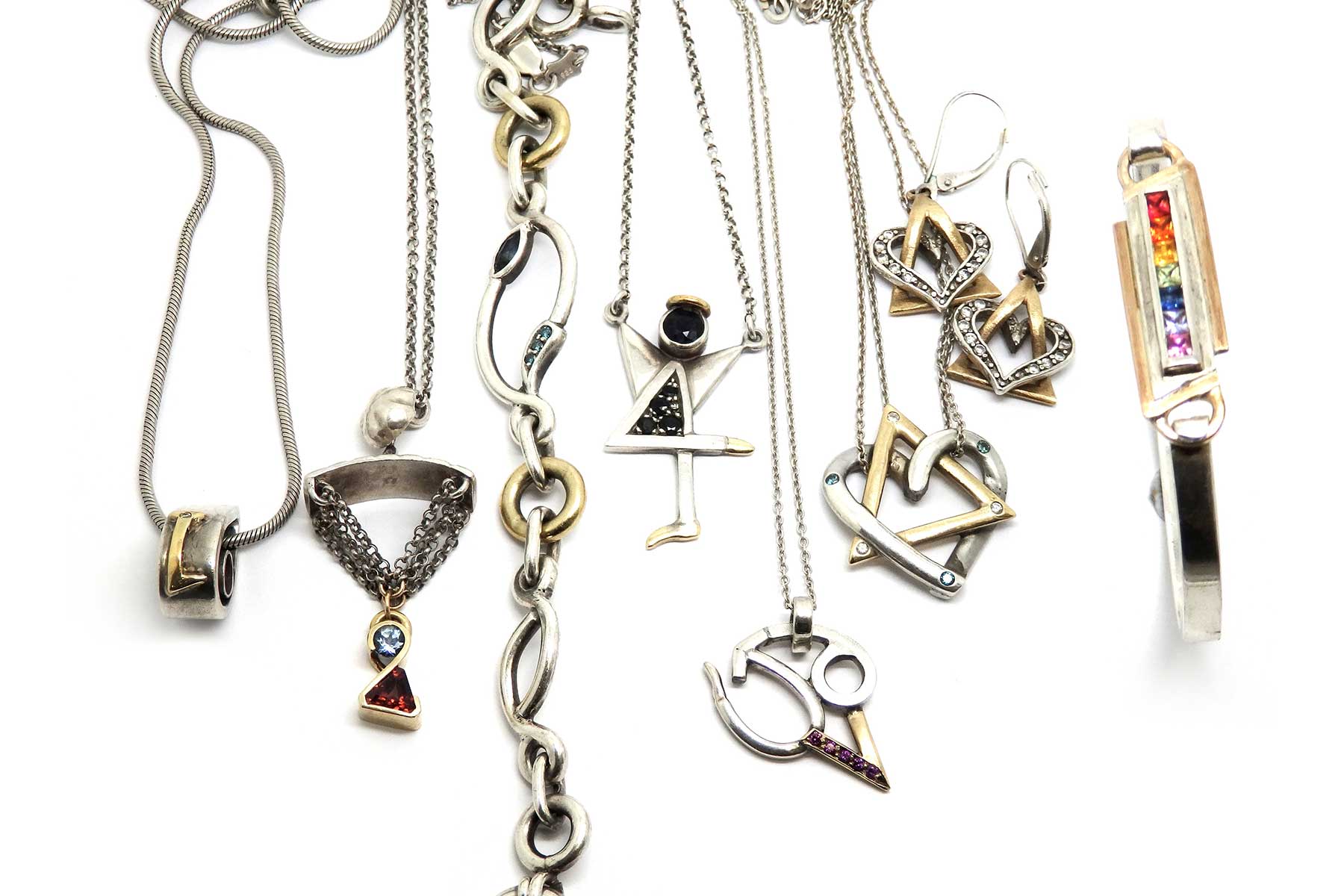